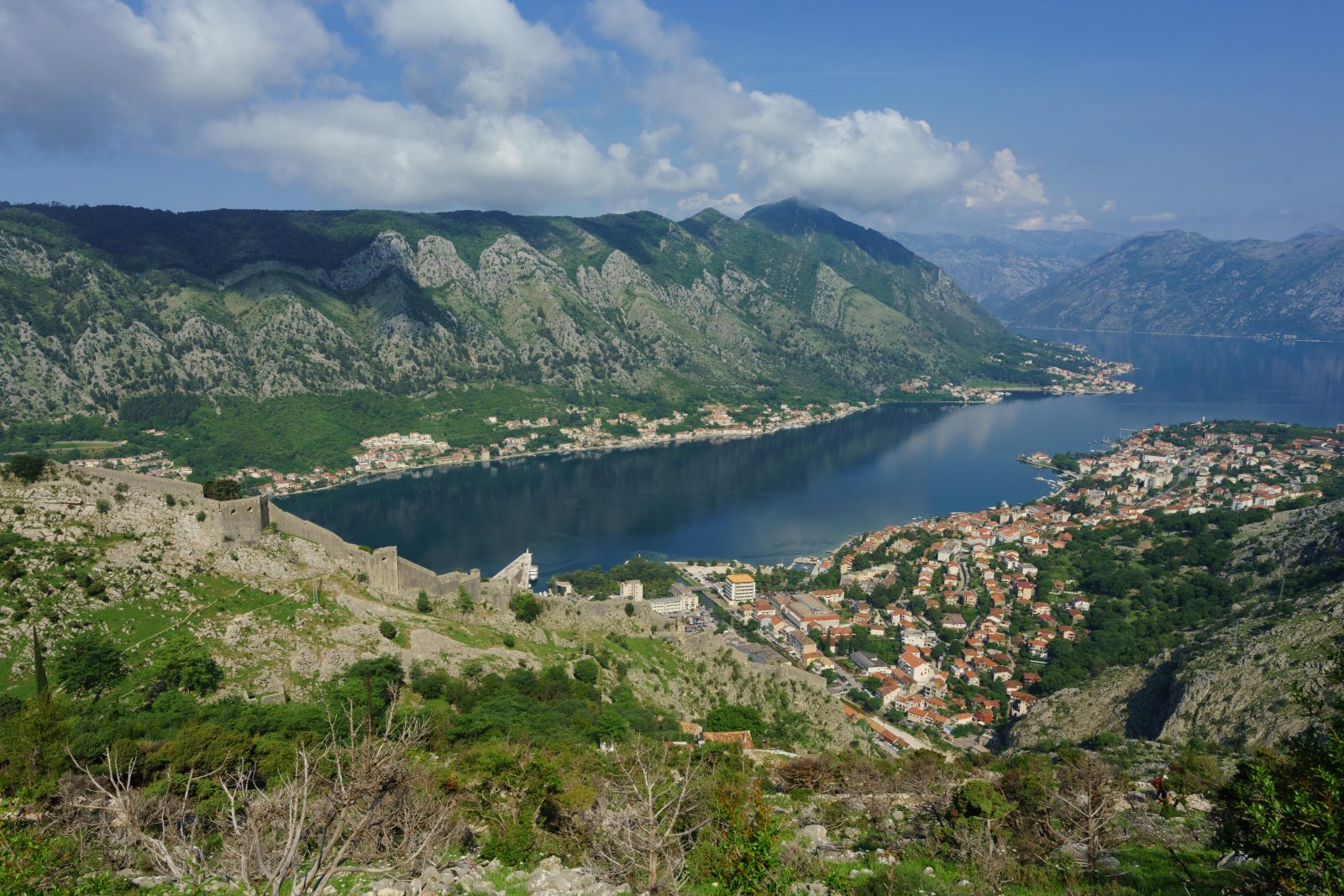 I knew that I chose the wrong hostel way before my bed started shaking in the middle of the night. I knew it was a party hostel when I received their welcome email but still thought it wouldn’t be that bad. I know better now.
After a night without sleep, I got up at 6:30 to conquer the fortress of Kotor, a beautiful town located on the Bay of Kotor in Montenegro that was founded already about 2.000 years ago and was first fortified by Emperor Justinian in 535.
The town itself has been under numerous rules during the last two millenia and is a UNESCO world heritage site since 1979. One of its main sights are the ancient walls stretching for 4.5 kilometers above the city.
To reach the fortress of San Giovanni at the top of the walls, you need to climb around 1.300 steps.
This still does not mean that you have reached the peak and have found the best view of the bay. From the fortress itself you can hike even further to a viewpoint located much higher.
Getting up early resulted in avoiding the sun on the way up and being alone with my thoughts and the occasional cat passing by until way after reaching the viewpoint, having my breakfast and starting to walk back down. Plan with at least 90 minutes for the hike up including a few photo breaks.
To climb up I did not chose the official way. I left the old town of Kotor through the north gate, crossed two little bridges and then turned right where I passed a small bakery and collected the breakfast I later had at the viewpoint.
The path that zigzags up the mountain next to the fortress gave me the opportunity to first hike up to the viewpoint and leave the visit to the fortress until the end. It also saved me the entrance fee of 8 EUR that is collected at both of the official beginnings of the steps in the old town of Kotor.
Halfway to the viewpoint, slightly below the fortress, sits the chapel of St. Ivan. If you turn right, you’ll reach the fortress. Turn left to continue the hike up.
About 200 m after this fork there is a small cafe serving breakfast, Turkish coffee and freshly made pomegranate juice which makes it a great stop on the way down and you can fill up your water bottle on the way up.
This is where I met Minka and Jake, a beautiful couple from Canada that has been traveling the Balkans with their two daughters and their families, including nine children. They both have been volunteering in Ethiopia and South Sudan teaching teachers.
Talking to them pinned a smile to my face for the rest of the day and I am glad I had the chance to meet them.
Walking down from the cafe took me again past the chapel and from there up to the fortress which I entered through a little window in the wall.

I took some time to explore the inside before I walked down the steps back to the old town of Kotor.

If you do take the same route at the same time of the day be prepared for the masses that will have waken up by now and are struggling with the scorching sun on the way up.

Another option is going up in the late afternoon. You will probably not be alone during the ascent but the fortress will be nicely lit up by the sun.